The first tests were done with Ubuntu 13.04 Linaro(13.07) server version and Kernel 3.4.5 to feel the speed of ODROID-XU. We used the famous Phoronix test suit for benchmarking on Linux.
Let’s start the bench marking with NAS Parallel Benchmarks which were developed by NASA. The NAS Parallel Benchmarks (NPB) are a small set of programs designed to help evaluate the performance of parallel supercomputers. The benchmarks are derived from computational fluid dynamics (CFD) applications and consist of five kernels and three pseudo-applications in the original “pencil-and-paper” specification (NPB 1). The benchmark suite has been extended to include new benchmarks for unstructured adaptive mesh, parallel I/O, multi-zone applications, and computational grids. 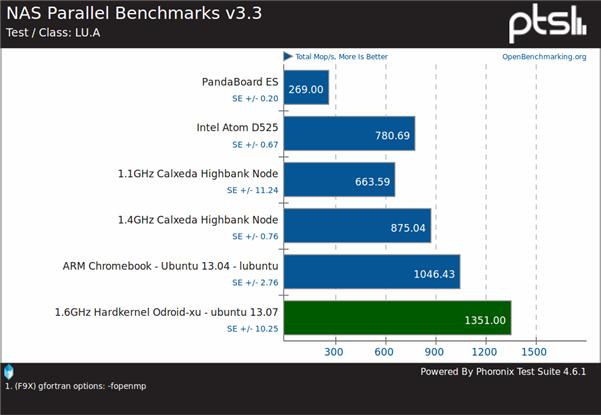 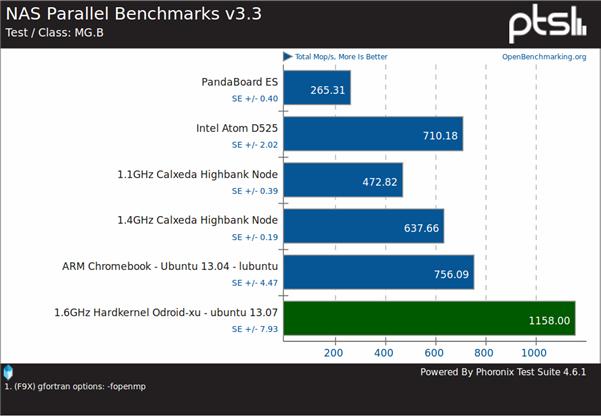 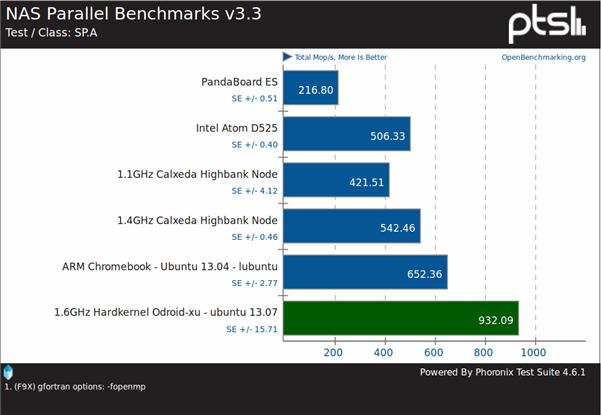 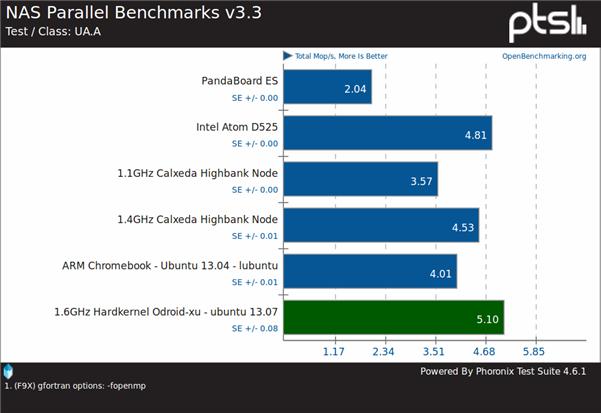 Starting with the scientific NAS Parallel Benchmarks test cases, the ODROID-XU with its Exynos5 Octa totally slams all of the x86 and ARM comparison hardware. The Intel Atom D525 at 1.8GHz that is dual-core plus also has Hyper Threading was also beaten by the ARM Cortex A15 quad core. 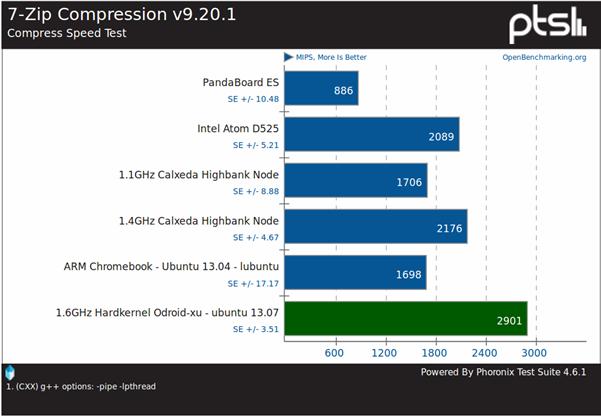 The ODROID-XU system had greater performance of 7-Zip compression. 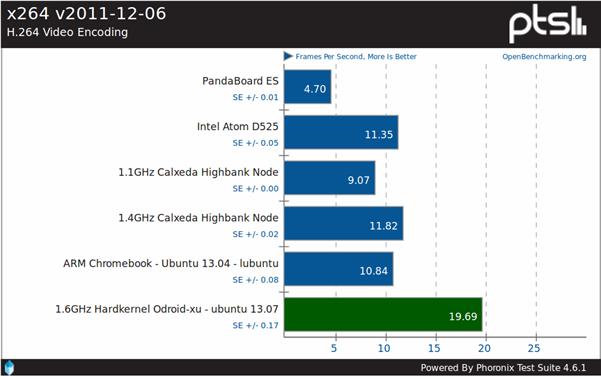 The x264 video encoding also was found best on the ARM Cortex A15 Quad. It is getting closed to a real time encoding system. 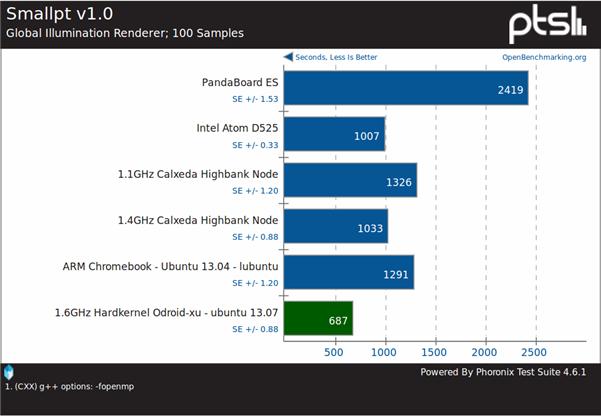 The Smallpt is a global illumination renderer. It is 99 lines of C++, is open source, and a famous benchmarking tool.
Less is better ! ODROID-XU is better.

The Samsung Exynos5 Octa performance is quite compelling. Being found in a $149 ODROID-XU that can be loaded with Android or Linux distributions is also a very attractive bargain.
For those looking to get into ARM Linux/Android development, the ODROID-XU will prove to be a world’s best performance.

We also want to introduce a real time energy monitoring feature.
When the system performance is increasing, the power consumption and heat are also increasing. So we need to find the best balanced points of performance vs. low-energy racing.
ODROID XU+E model has 4 separated current/voltage sensors between PMIC and SoC to collect the power consumption of A15 cores, A7 cores, GPU and DDR3-RAM in parallel to optimize system energy consumption.
The real time monitor window is always visible if you enable the option. The window is transparency and overlay display. It is showing the CPU/GPU DVFS data, temperature, CPU load, voltage, current, power and other valuable information for system developers. 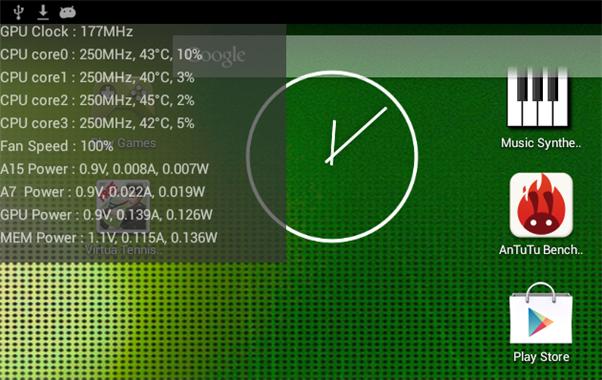 If you are a professional developer, you must purchase ODROID-XU+E instead of ODROID-XU.
You will meet the easy way to create energy efficient OS and application software.

Enjoy this video how we can monitor the performance and the energy consumption.