Introduced in 2014, the Samsung Exynos5422 used for the XU4 is still very competitive against other single board computers.
We currently plan to keep producing the XU4, HC1, MC1 and HC2 with continuous Kernel update for a few more years.

Many forum members are inquiring about a new ODROID board, and the time to talk about the next ODROID has arrived.
The major features requested are:
–    Faster CPU
–    More DRAM memory
–    Faster GPU
–    Faster storage IO
–    More Linux friendly

In the next several days, we will send 30 pre-selected members of our community a free N1 engineering sample board to test. We call it a “Debug Party”.
We hope that mass production will begin in May or June if the “Debug Party” is successful.
However, if the N1 board is not affordable, or there are too many unresolved issues then mass production will be delayed.
If there is enough demand, we can consider an ODROID-N1-Lite model.  It will have 2GByte RAM and omit the SATA ports at a $75 price point. 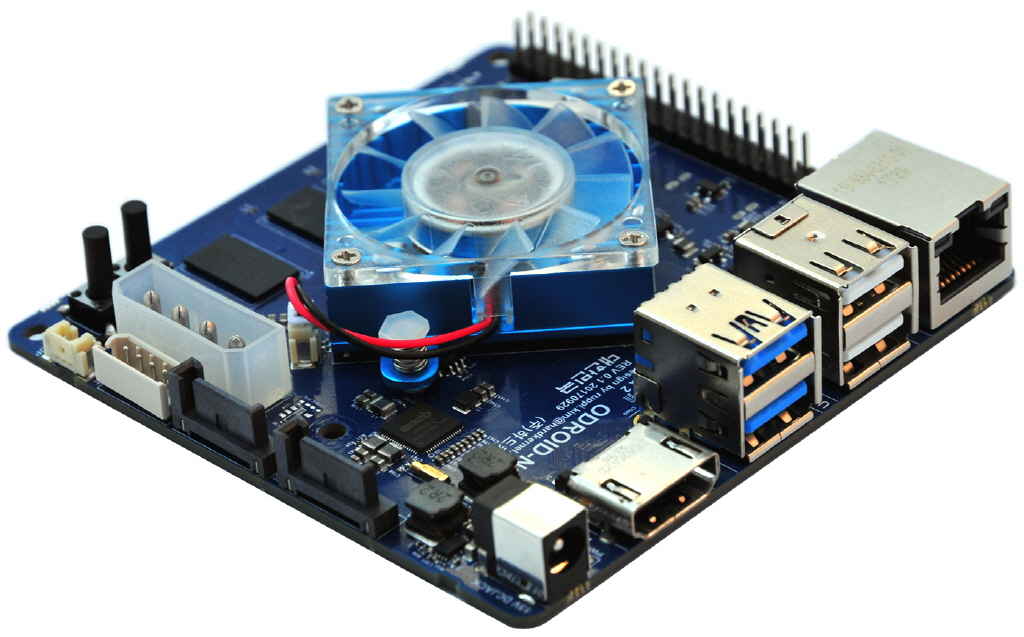 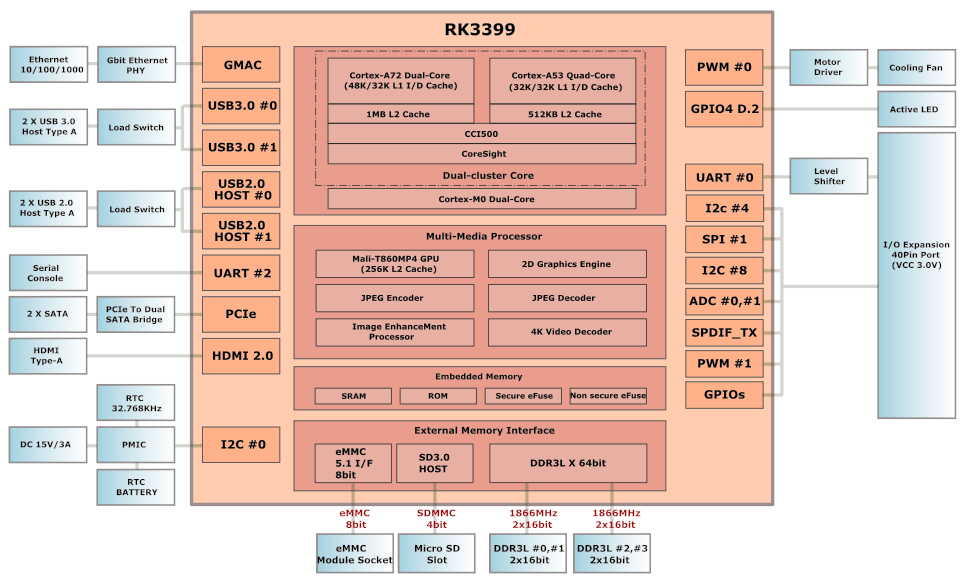 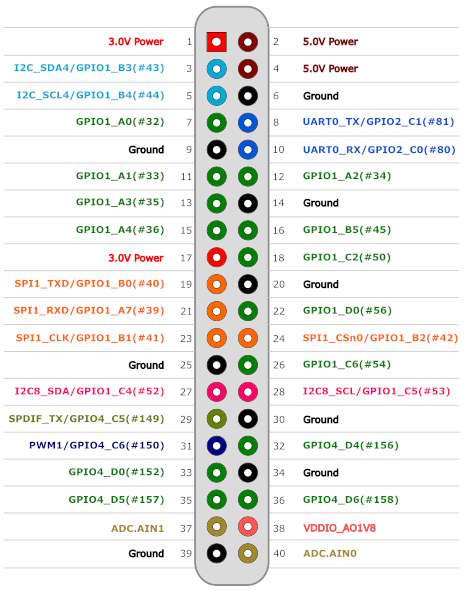 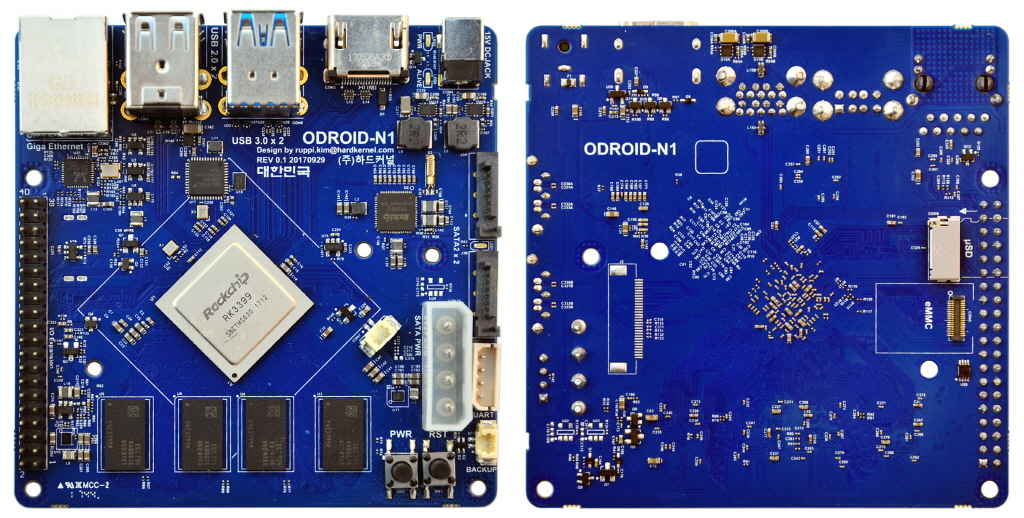 CPU and DRAM performance
We have run a few basic benchmark tests on N1 with Ubuntu 18.04 nightly build.

Single, Big Core
The single core Nbench and memory-bandwidth benchmark show a larger difference in the ODROID-N1 performance.
Due to significant improvements in the newer ARM architecture, the N1’s Cortex-A72 CPUs are much faster than the XU4’s Cortex-A15 CPUs.
When we ran the same benchmarks with only one big-core, we see this in the results. Therefore, we can say A72 is 20~30% faster than A15. 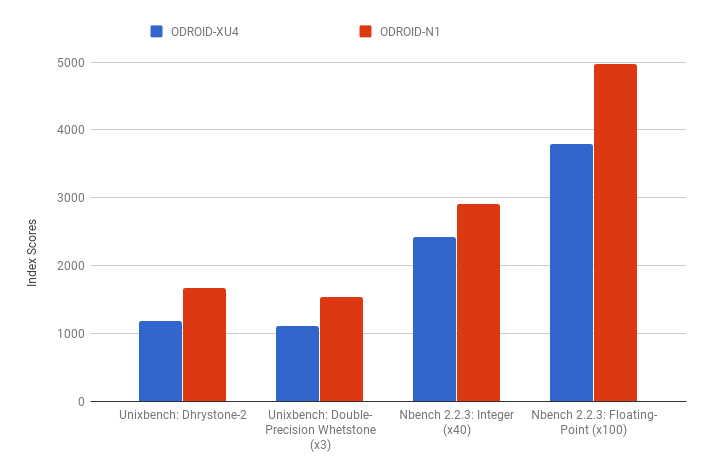 Single, Little Core
The FPU performance in A53 is much better than A7, as expected. 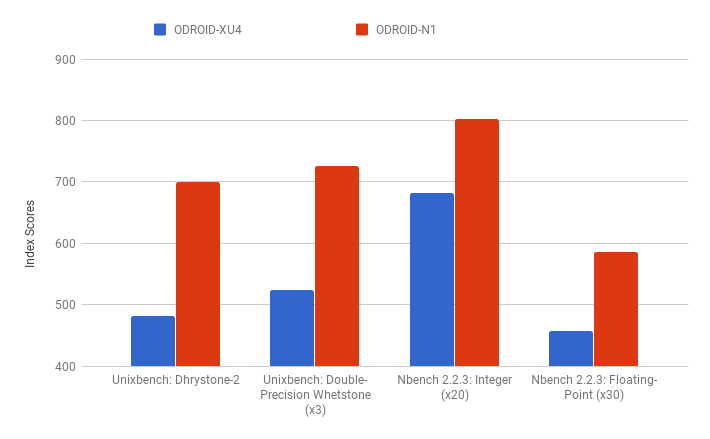 Thermal Throttling Characteristics
There will be two different N1 models. One will have an active heatsink while the other will have a passive heatsink like the previous ODROID-XU4 and ODROID-XU4Q. 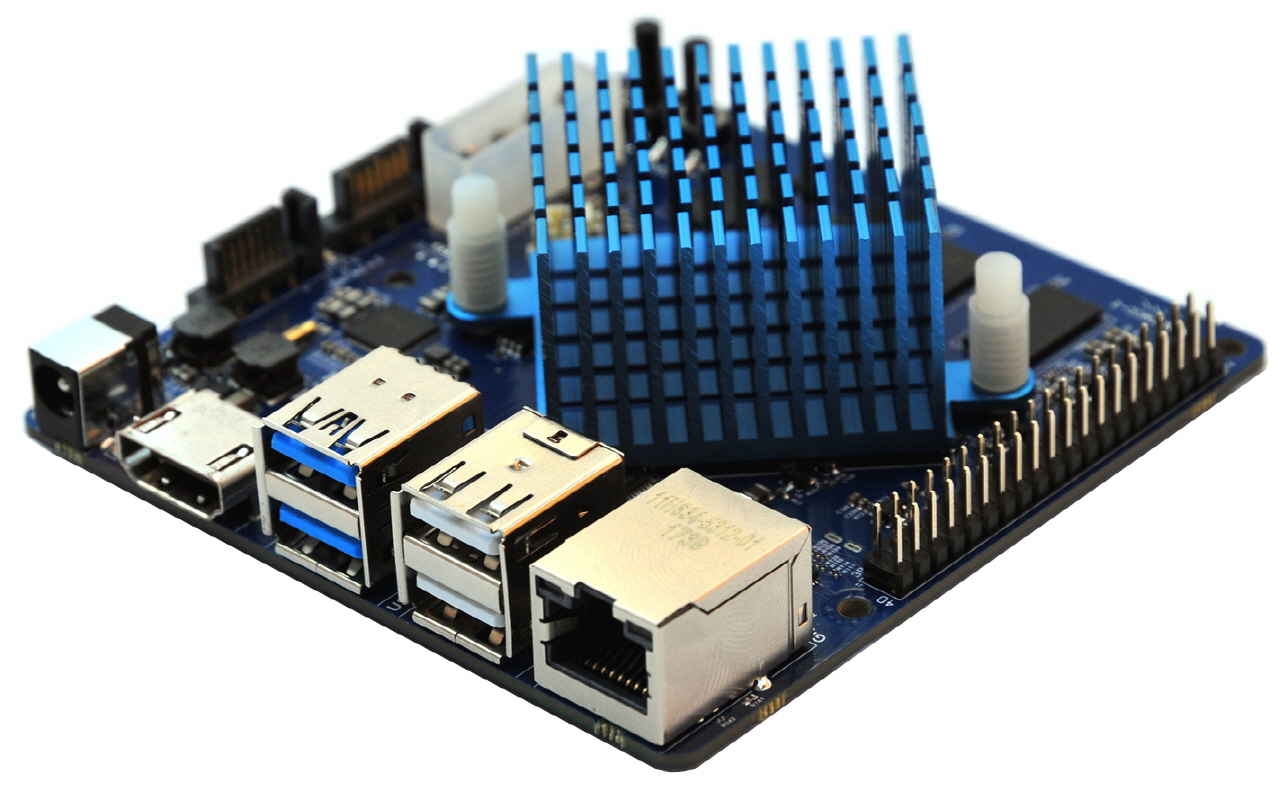 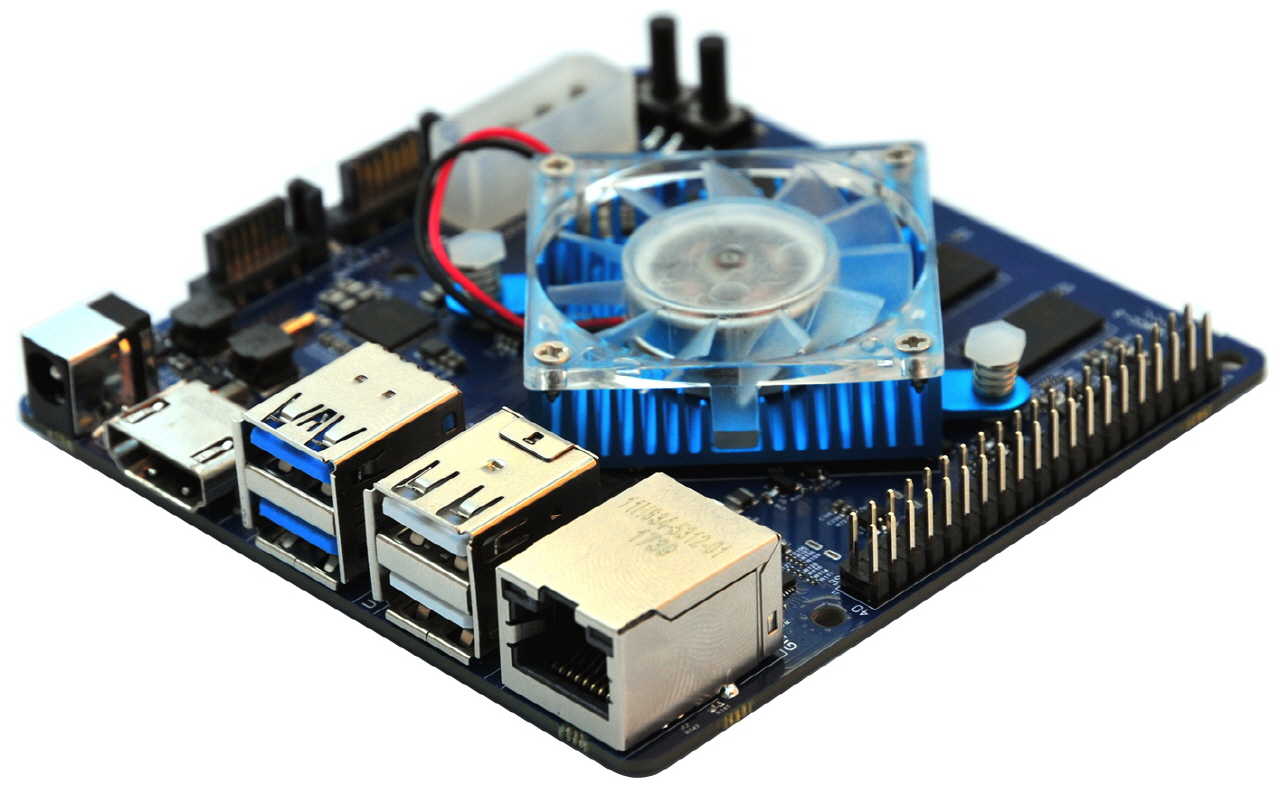 If you want to keep run your heavy software continuously, consider using an active cooling fan.
Otherwise,  a passive heatsink should be enough for many use cases.

GPU performance
The N1’s GPU is 1.5~1.8 times faster than XU4’s.
XU4 has six shader units while N1 has four, but the N1’s Mali-T860 has a much more advanced architecture than XU4’s Mali-T628.
We ran the Android Antutu 3D GPU benchmark on XU4 and N1 with the same 1080p resolution for the comparison. 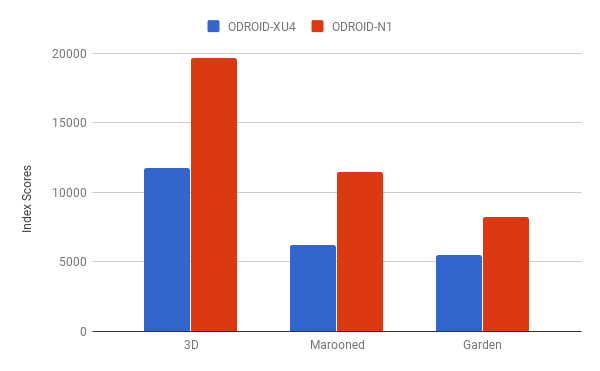 SATA interface performance
There are two native SATA3 ports on the N1 board. The SATA3 interface is implemented using 1 x PCIe link in the RK3399. 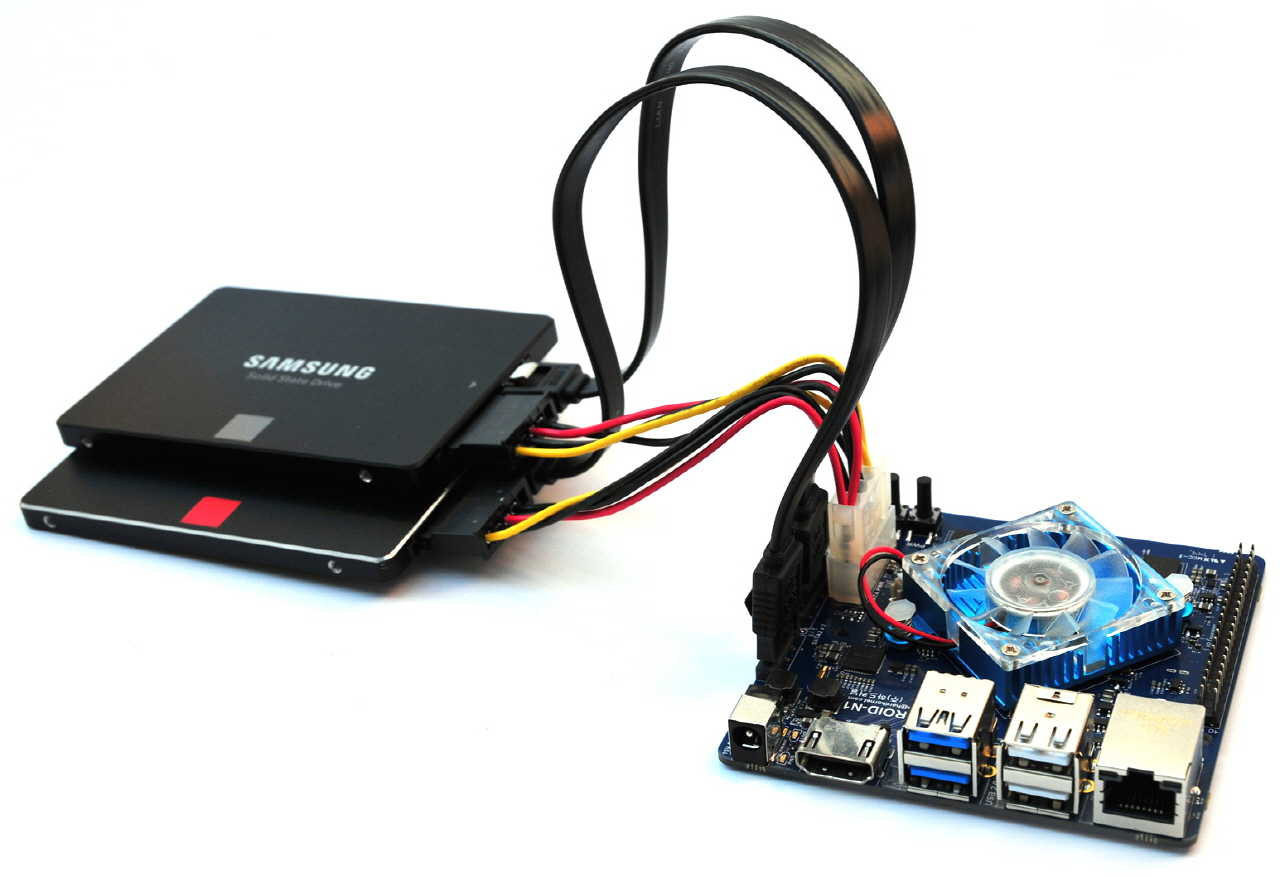 Two SATA3 storage devices can connect to the N1 board via standard SATA data and power cables.  The PCIe host can be configured in Gen1or Gen2 mode.
When we ran the IOZONE test with a SSD, we could get around 380MB/sec with Gen2 mode even though we expected more than 450MB/sec.
We suspect that the SoC internal bus connection has a bottleneck. Further investigation is needed to find any room for improvement.
Despite this, 380MB/sec is not a bad number in the ARM SBC world. 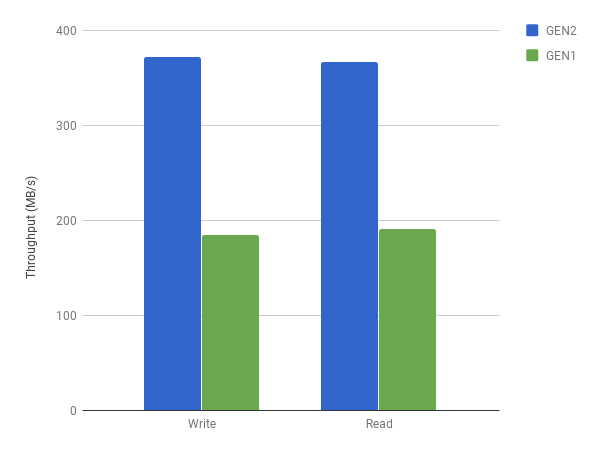 USB 3.0 Performance
As expected, the JMS578 UAS bridged SSD showed around 380MB/sec transfer speed just as on the XU4 board. 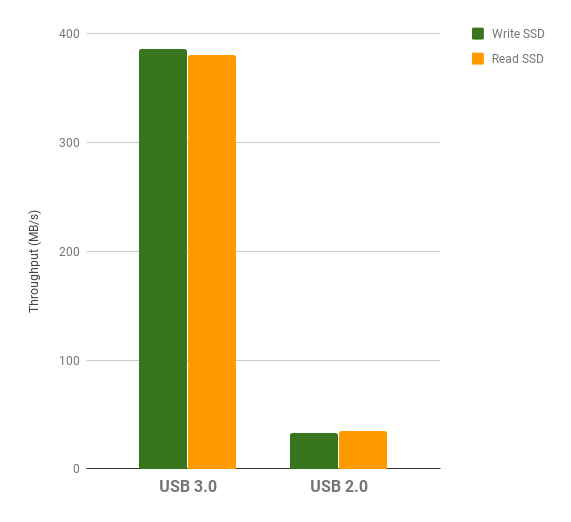 Gbit Ethernet Performance
With the iperf test, we achieved the expected Ethernet performance results. All the ODROID boards consistently have over 920Mbps of bidirectional transfer speed. 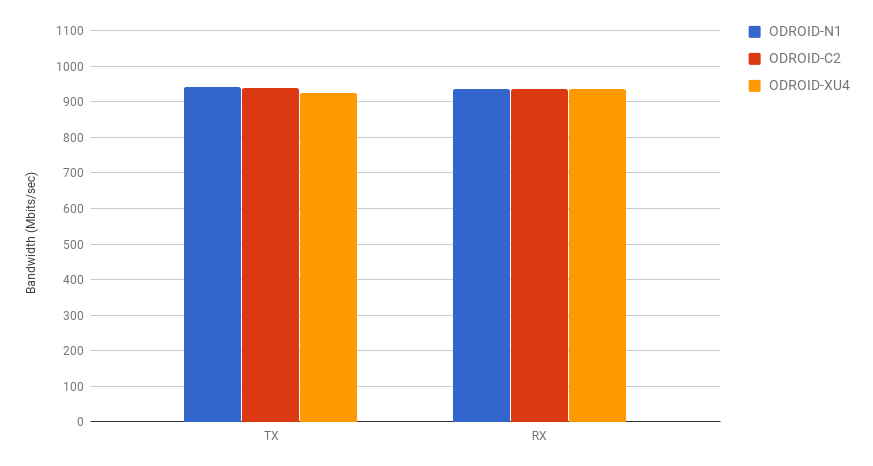 Samba/CIFS network storage performance is also reasonably fast with a HDD/SSD on the SATA ports. 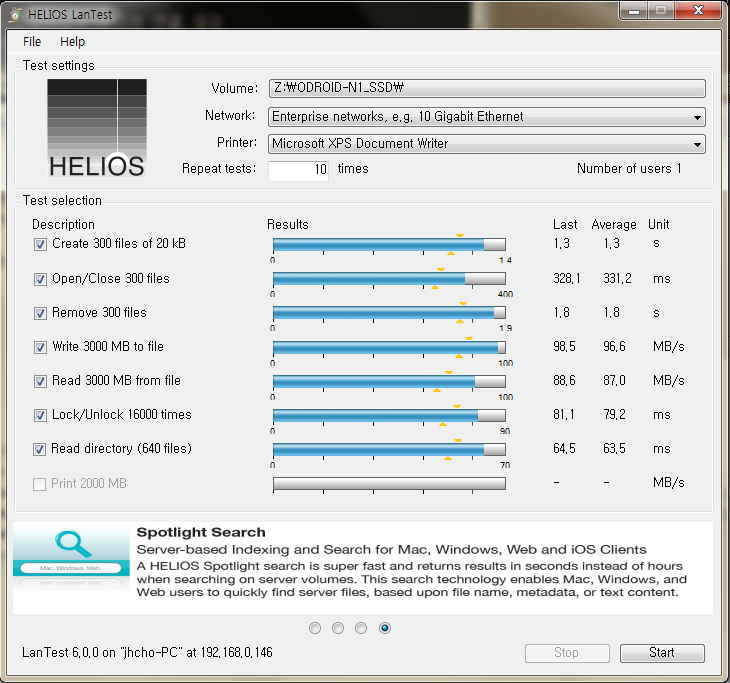 Linux Support
We tested Linux platform support with Debian Stretch 9.3 in addition to Ubuntu 18.04 nightly build.
Because Ubuntu 18.04 is still under very active development (tons of updates every day), we decided to wait until Canonical’s official release in late April before supporting it.
Therefore, our “Debug Party” will use Debian instead of Ubuntu for the initial few months. 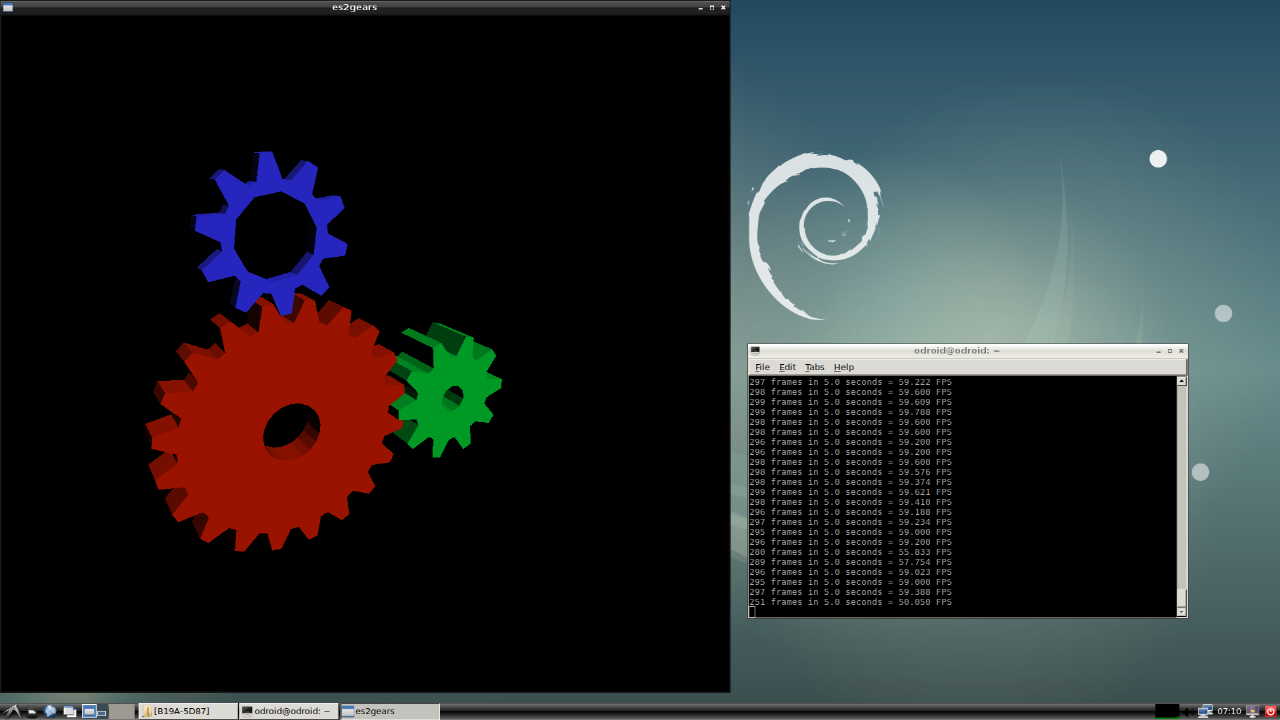 1080p video playback on Youtube in Chromium Browser is also accelerated with well-implemented VDPAU and V4L2 video codec drivers and libraries.
VPU acceleration on Gstreamer and VLC seems to be a high possibility too. 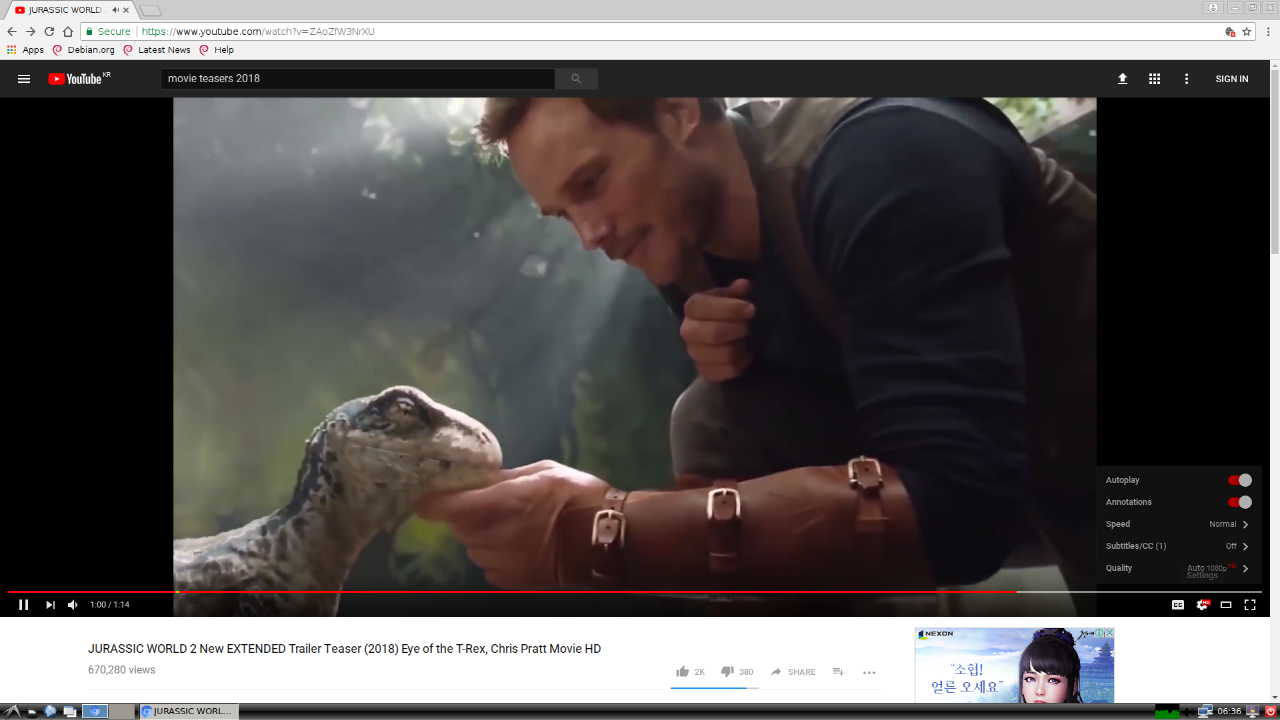 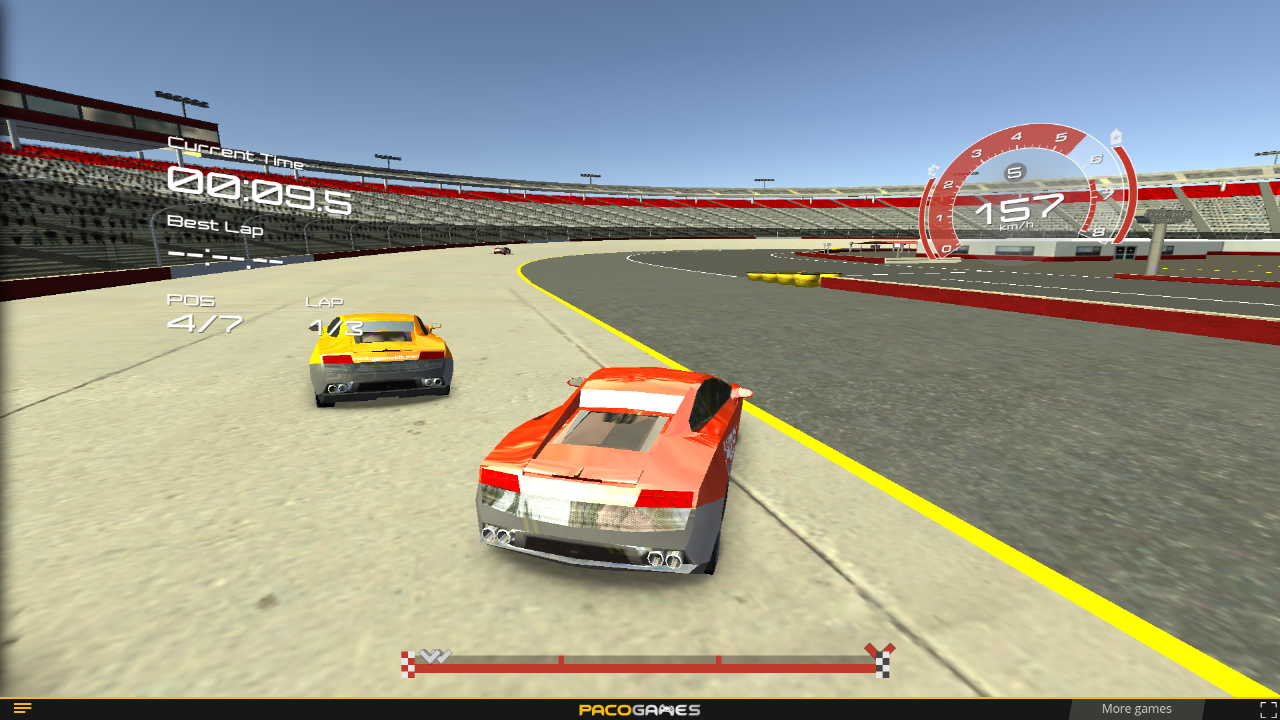 Linux Kernel version
We’ve ported and tested Kernel 4.14 as well as 4.4.  The latest Kernel 4.14 works fine except for some VPU/GPU driver glitches.
Due to this, we may keep using Kernel 4.4 until Rockchip releases a stable 4.14 BSP.  Kernel 4.4 LTS will be maintained until Feb, 2022 by Greg Kroah-Hartman.

Known issues in the engineering sample PCB:
– Because the SATA power connector has no 12Volt rail, only 2.5” SSD/HDD storage devices can be used.  The 12V rail will be added to the mass production version PCB for 3.5” HDD support.
– The UART port on the 40pin GPIO header doesn’t work due to a missing power line in the level-shifter circuit.  We will solder a wire on the PCB to solve this issue which will be corrected on the mass production version.
– A 128Mbit(16MB) SPI flash memory chip will be added if our SPI boot implementation is successful.
– Other unidentified issues likely exist.